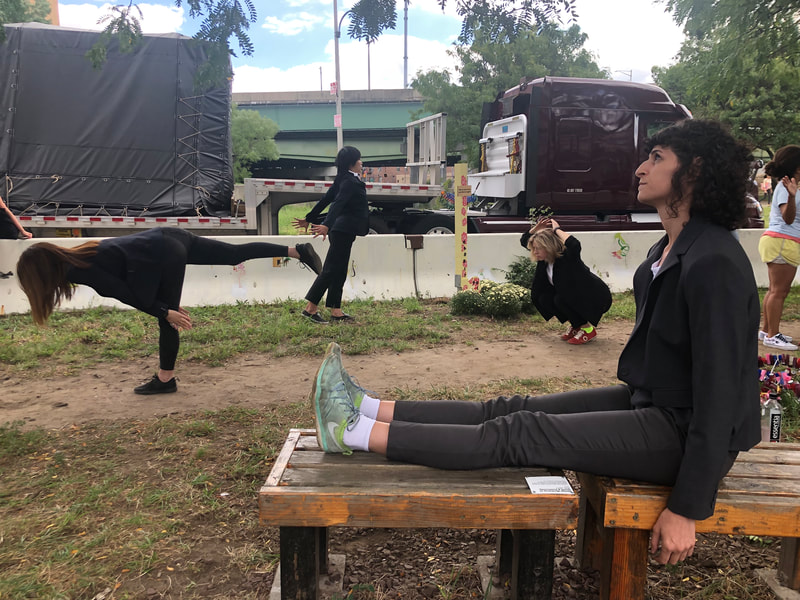 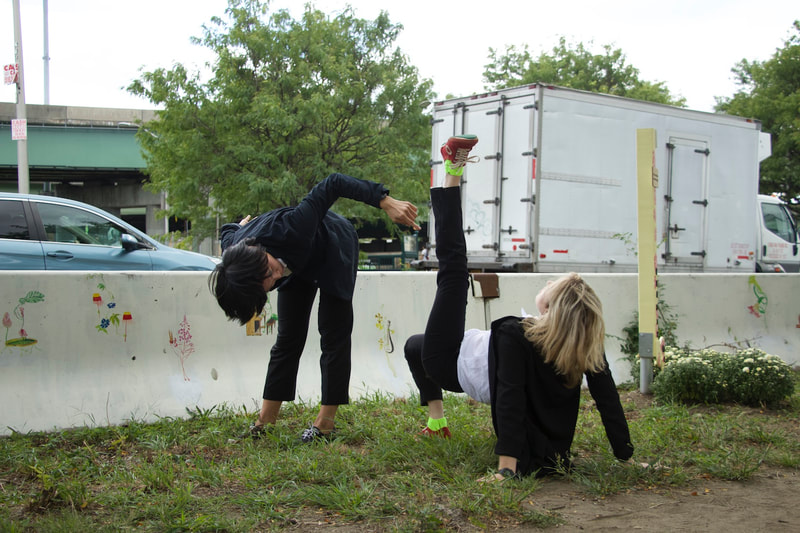 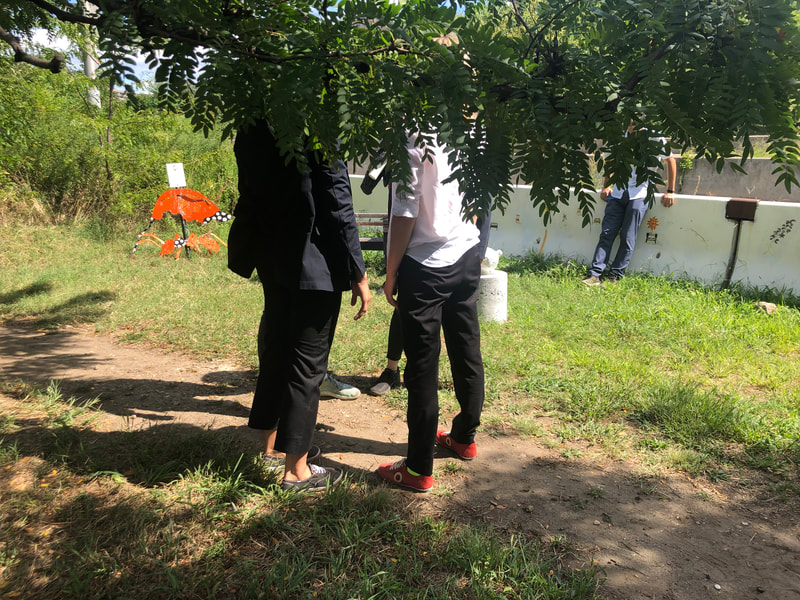 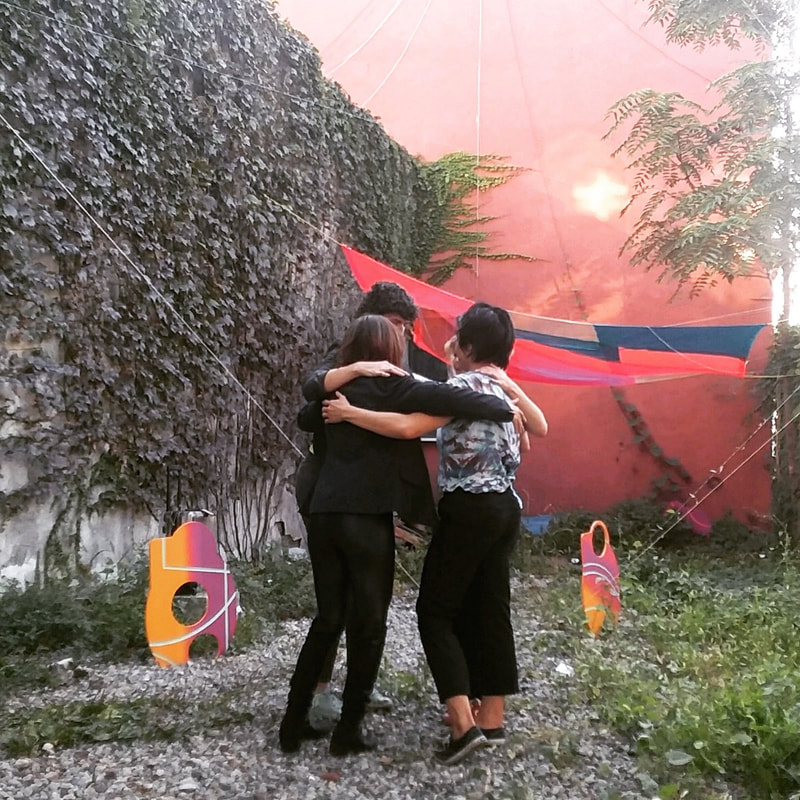 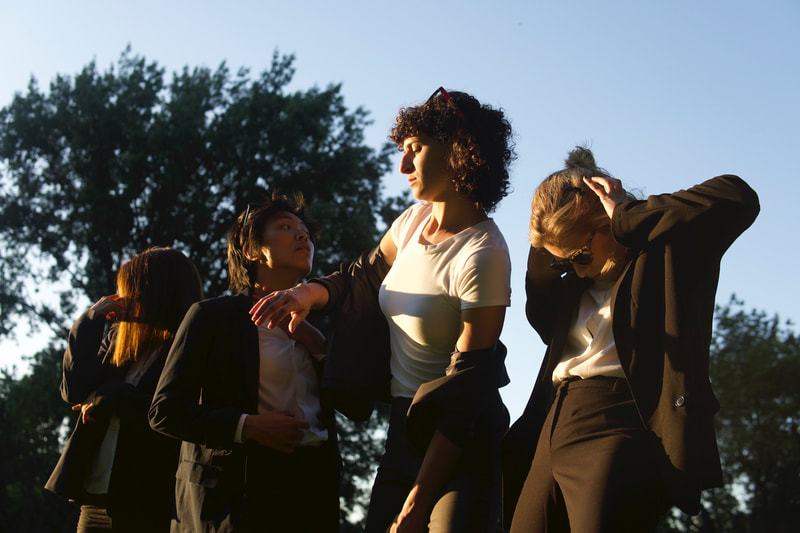 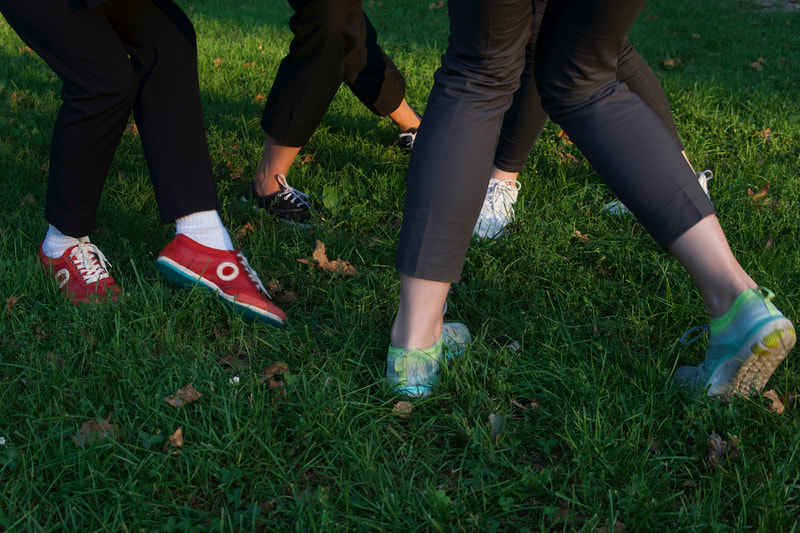 Whose Is A Place?
Is it defined by those who use it, those who create it, or those who claim it? These questions have emerged in direct response to ​The Moving Company's interaction with the Elmhurst Sculpture Garden. We have witnessed the transformation of the landscape according to the seasons and passage of time, a place disregarded and littered with trash into a place of respite and reflection, a non-site with uncertain boundaries defined by transience into a site defined and treated as a sculpture garden, attended to with care and devotion. We have questioned our association with the place - are we intruders, discoverers, revealers, owners, members? The movements, objects, and interactions generated from our extended relationship with the garden are made manifest in this site-responsive piece which continues to ask these questions - bearing no answers yet furthering our connection to this place and each other.
​Whose Is A Place has been performed at Elmhurst Sculpture Garden, Art Lot, & The Art Gallery at Pace University.
​Whose Is A Place is a cumulative, site-specific, performance that reflects the cultural identity of each location it activates. Motivated by the term “responsive,” The Moving Company’s theme for 2019/20, Whose Is A Place adapts to each new performance venue by carrying the experiences, objects, and movements accumulated and generated from one location to another. We add and remove elements, layer meanings, and connect stories to highlight the social, emotional, and physical attributes of each performance site.
Whose Is A Place initially developed as part of QUEENS ART INTERVENTION, an annual commission to support artistic investigations of Queens based communities organized by RPGA Studio. Elmhurst Sculpture Garden was designated as the community centered site for activation. The Moving Company’s exploration of the Elmhurst Sculpture Garden, a former abandoned lot transformed into a community space, spurred questions of ownership and responsibility as we noticed the juxtaposition between artists creating pieces, commuters passing through, the buzz of car traffic, and a homeless community that found respite in the garden. The resulting performance uses choreographed and sound responsive gestures along with costumes and the construct of time to convey the varying emotions, observations, and interactions experienced in each place.